A Look At Sevilla Atlético – Rayo’s Next Opponents 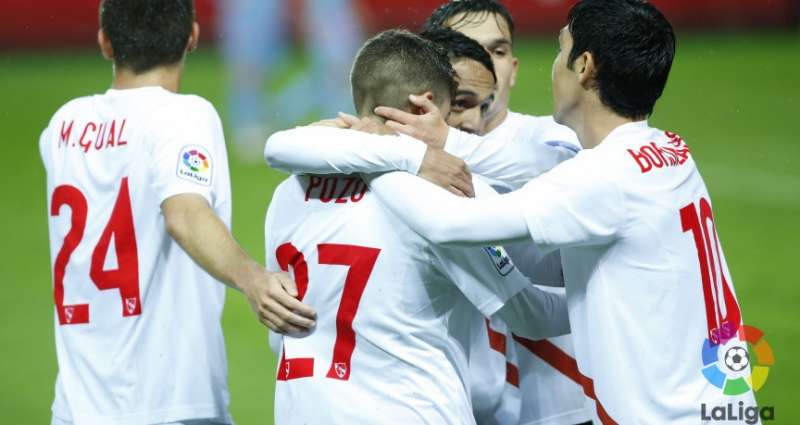 And so Rayo Vallecano draw to a close the first half of their first season back in the Segunda Division on Saturday, January 14th. The team they welcome to the Estadio Vallecas are Sevilla Atletico, who acted as somewhat of a surprise package in the opening half of the season. The same can be said for Rayo, but they were a surprise package for all the wrong reasons – as they sit just one point shy of the relegation places.

Sevilla Atlético ascended into the Segunda Division having finished third in Group 4 of the Segunda B, losing just four times while accumulating 17 victories and the same amount of draws, last season. As they try to consolidate their position in the second flight of Spanish football, 36-year-old manager Diego Martínez signed 10 players and cut eight loose at the end of the season.

Some of Sevilla’s second team’s best players include 23-year-old left winger Borja Lasso, 20-year-old right-back David Carmona and 21-year-old left-back Matos. They have played practically every minute for Los Nervionenses this season and are highly influential for their side.

Rayo will need to be on the lookout for Ivi at centre forward, who is their top scorer this season. The 22 year old has bagged six goals in 14 appearances for his side and will be fresh and hungry considering he is just one game removed from a four game red card suspension. He was one of their main men last season and scored in Sevilla Atletico’s 5-3 win over Real Oviedo last weekend.

Considering they possess one of the lowest budgets in the division, Sevilla Atletico are currently exceeding expectations and while they can not be promoted to LaLiga, being Sevilla’s second team, they have never been below ninth place since the ninth game of the season when they beat Real Zaragoza 2-1. They currently sit fifth in the table.

They will have regained some of the confidence that had withered away on the back of three consecutive defeats at the hands of Getafe, Reus and Cadiz, with a high-scoring win over Real Oviedo the last day out. Rayo, on the other hand, have gone four games now without a win in Vallecas. Sevilla Atlético will arrive to the pueblo with plenty of intensity, looking to give a mighty jolt to Ruben Baraja in the dugout and his squad.