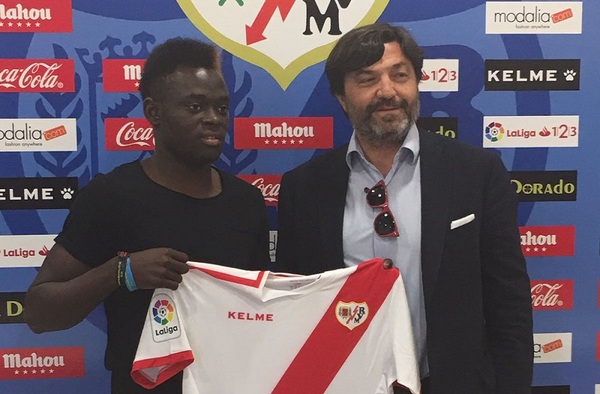 Cameroonian striker, Jih Kalvin, has joined Rayo Vallecano’s B team according to Futmadrid. Kalvin rejected the advances of several clubs and decided to join the Franjiroojos where he will try to make the grade in Luis Cembranos’ first eleven.

The 20-year-old played for Alcobendas Levitt CF last season, where he played in the tercera division last season, and can play as a right winger or striker. His strengths include his speed and quality in attack.

Kalvin is an under-20 international with his country with whom he played the African Cup this year. He has also been called to the Cameroonian senior squad once but did not make his debut.

It is Cembranos’ first addition to his squad and the first signing of Rayo’s subsidiary team for next season.