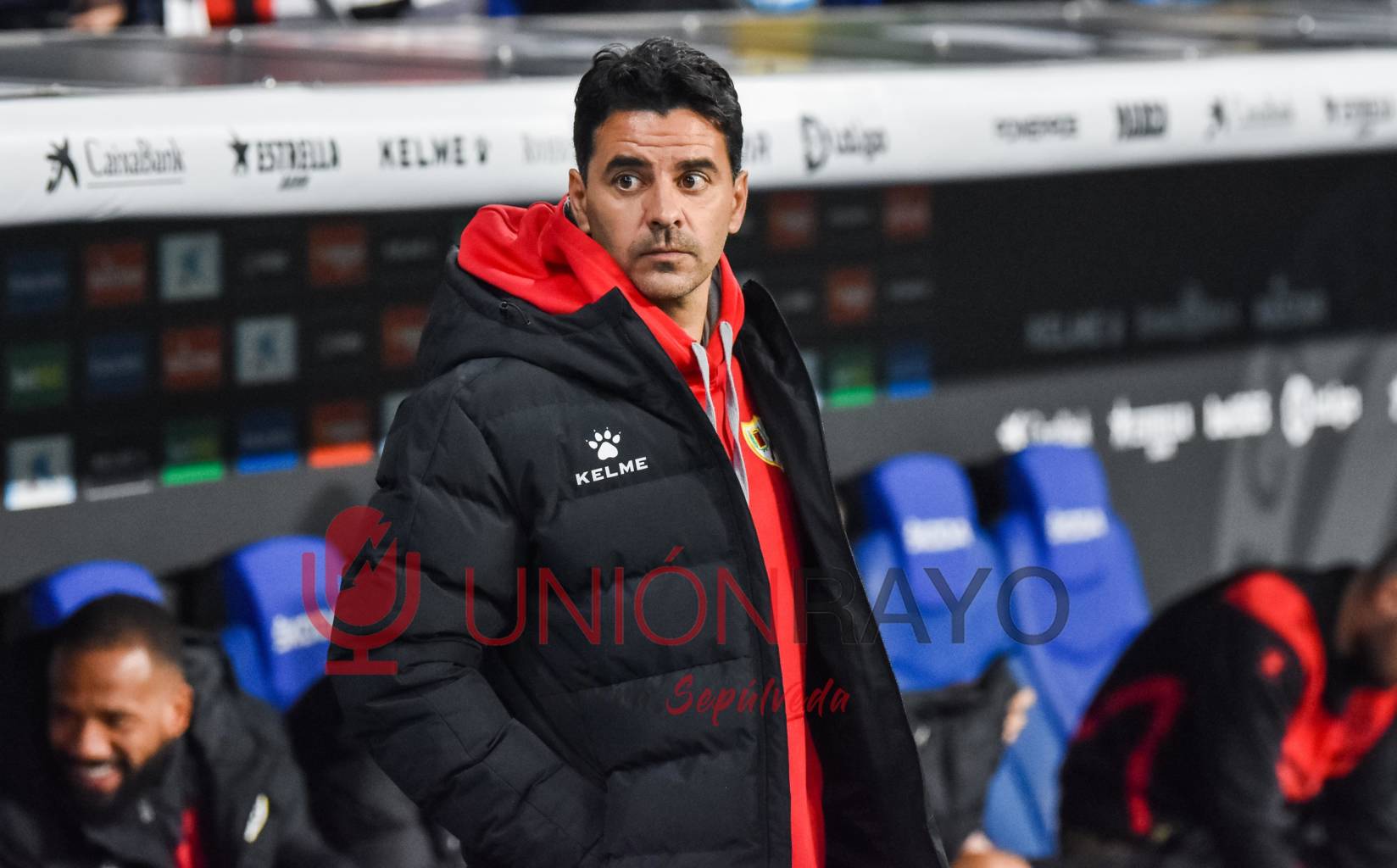 He was a fan before any of this; born and raised in Vallecas. He was a fan before he pulled on the jersey; looking into the stadium from outside thinking what it might be like to represent his neighbourhood like his heroes. He’ll be a fan forever despite leaving twice now against his will as a player and manager. This doesn’t change anything for Míchel. “They’ve lost a manager but gained a fan,” he said as he bid goodbye to Rayo Vallecano after two years as the manager. The fans wanted representatives there as he said goodbye and the captains of the first team were in attendance too. This felt more like a wake than a sacking.

It was an almost impossible task. Both beating Barcelona to keep his job and keeping Rayo Vallecano in LaLiga after winning the Segunda the year before in his first full season in charge. After brief spells with Jose Ramon Sandoval and Ruben Barajas in the driving seat, Rayo hired from within. Both within the club and within Vallecas because Michel is both. And much like everything with the club and the barrio, it’s impossible to separate them.

“I think I am the best person to bring us forward,” he said before the press conference against Barcelona with reports emerging that it was win at Camp Nou or lose his job. They didn’t win that game but took a surprise lead and did enough to suggest he could lead them for the remainder of the season. But a loss to Villarreal doomed the man who had taken them to the top flight.

“I tried everything,” he said before accepting that the numbers are what they are. It is part of the beauty of having a fan managing your club. Míchel knew almost instinctively what way the wind was blowing. From the moment he assumed the role, the fans were happy. One of them was in charge and they knew they had a voice inside the club. Míchel will still feel he is the best man for the job but he knows a change was needed and if stepping aside might help them avoid relegation then stepping aside isn’t a problem.

It was the 10th of December and Rayo Vallecano had just lost 2-0 to Real Betis at the Benito Villamarin. It was their seventh loss in eleven and they had only won two games at that point of the season. Aside from the numbers, the symbolic importance of such a loss and the emotional toll it took was probably worse. It was their worst performance of the year. Not because it was strewn with errors but because they offered nothing. If it weren’t for Huesca’s nightmare start to their maiden campaign in LaLiga, Rayo would be bottom of the league and with one foot in the Segunda.

On the Monday after Rayo returned to Vallecas, the annual award night was taking place for Peña Rayista 2004 in La Franja cafe, literally, underneath the Estadio Vallecas, which Míchel had promised he would attend. As the mingling started before the ceremony we wondered what might happen to Míchel. Or whether it had already happened. Would he show up if he had been sacked. It looked like an inevitable consequence of the poor form and owners who are all too keen to start fresh in the hope of something new.

The easy thing to do would have been not to show up, hide from the world and Vallecas, and go silently into the night. But Michel did show up and while smiles were scarce, it was a brave move for a man who everyone thought would be unemployed in the very near future.

Michel survived that night. And the next morning too. And when they lined out to play Real Madrid at the Santiago Bernabéu the following week, he was still in charge. But he had set Rayo up in system which offered a new defensive solidity. There was an entirely new feel to a team that had previously been marching diligently, as many expected, back to the second tier of Spanish football. They lost that game but pushed Solari’s side to the limit and were unlucky not to leave Chamartin without at least a point. These are the memories that Míchel leaves behind. A defiant Rayo, a defiant manager and a stubborn man who doesn’t have a white flag never mind know when to wave it.

From the kid looking into the stadium and thinking how amazing it would be to wear the Rayo jersey, to eventually wearing it 256 times, Michél’s qualities as a player translated, for a time, to his profile as a manager.

But this is more than just a story about a local boy who done good by cajoling his fellow Rayistas. This is the story of a fiercely loyal, principled manager who tweaked his system despite chronic lack of help in the transfer market to best suit his players. They did not spend superflously in the summer and only three of those arrivals are playing regularly this season, which means it is a Segunda division side currently trying to pull off a miracle.

“It’s our fault more than it is his for not knowing how to express what he wants us to do on the field,” said Santi Comesana, another player, who was helped by Michel’s pragmatism even though it didn’t save the man himself.

There’s a video that did the rounds during the time when Míchel’s future at the club looked bleak. Rayo’s ultras, the Bukaneros, had the microphone out and told the squad in an otherwise empty stadium save for the players and technical staff on the field: “We are with you until the end, especially you Michel, you’re from here.” The tears welled in his eyes. Tears of pride, tears of commitment. The tears of a fan.

The Rayo fans sang that day as Michel sniffled on the field where he played and bled and sweat so many times before: “We are Rayo to the grave and Michel we are with you always”.

Míchel might say that Rayo gained a fan on Tuesday but it’s not entirely true because he was always a fan. As a player, as a youth coach, as a manager and whatever else he chooses to do. Rayo Vallecano and Vallecas. Inseperable. Just like Míchel and La Franja. For better or worse, they’re together until the end.

All risk with little reward for Rayo in the transfer market
Is Paco Jemez repentant?